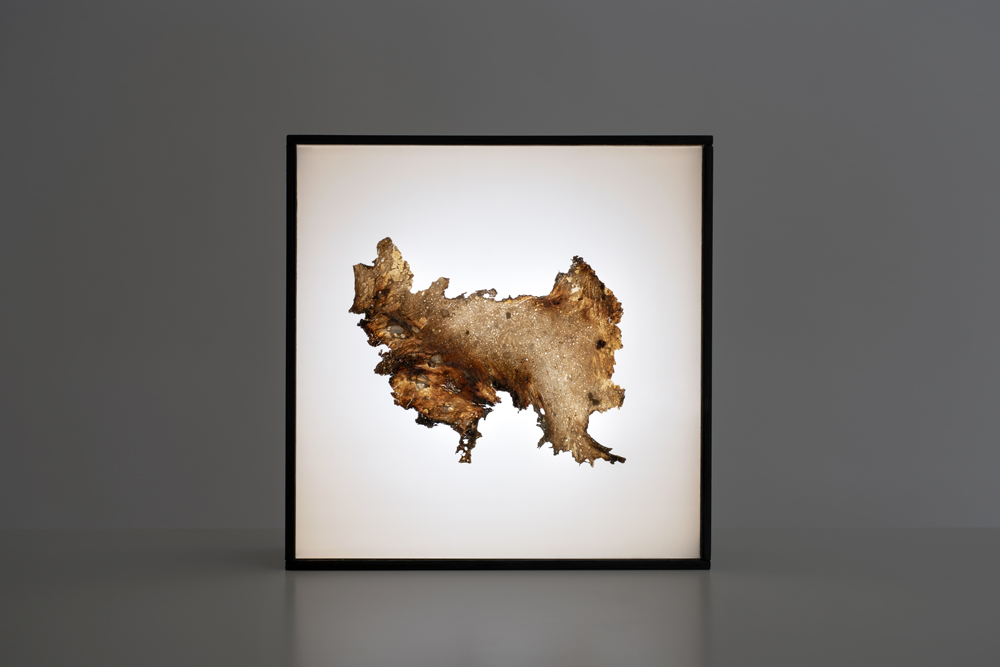 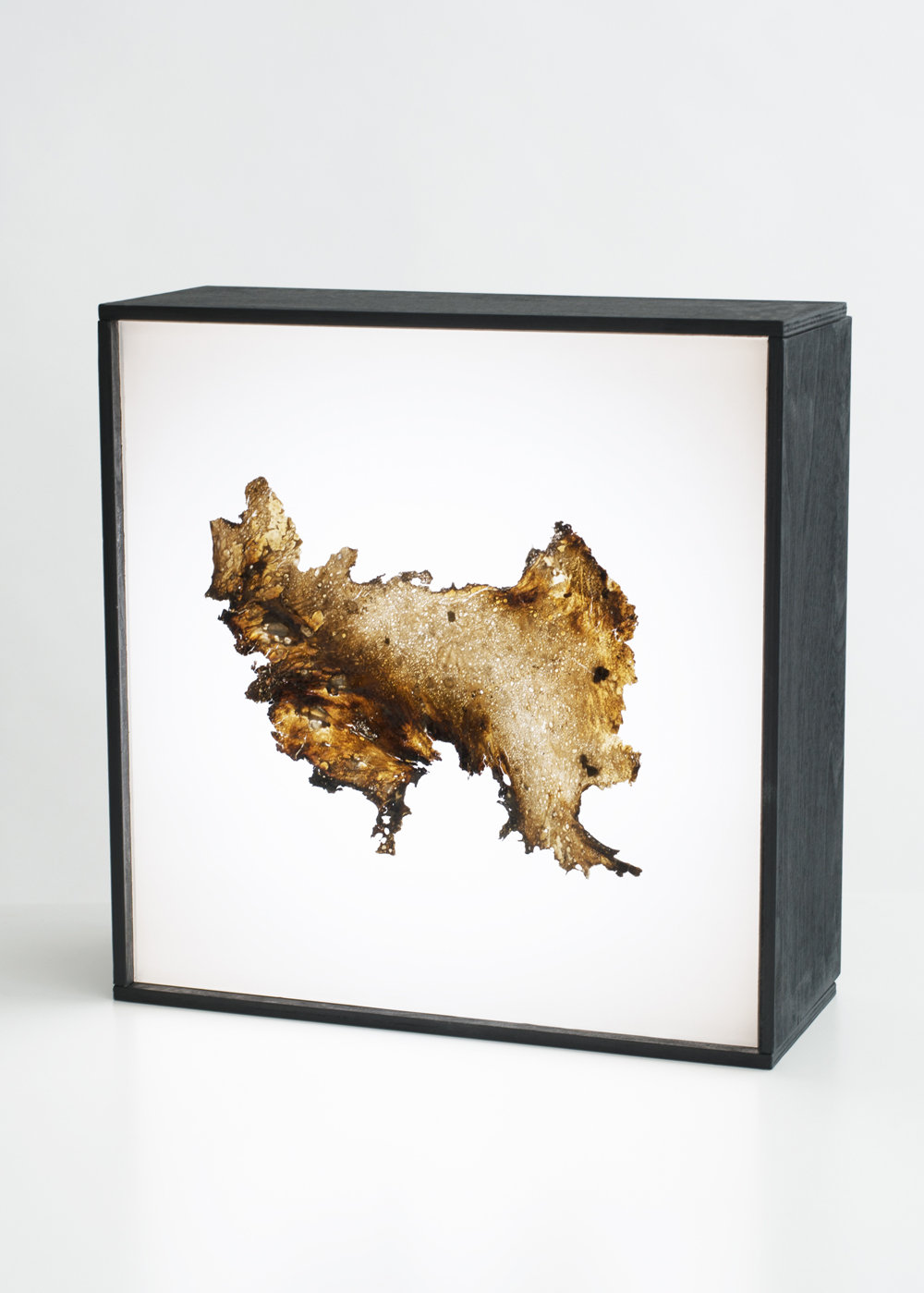 The key concept behind this work was the interrogation of our modes of perception and cognition. At the first contact with the piece it is almost impossible to determine the origin of the exposed object. From the outset the lightbox resembles a museum exhibit, with an intrinsic archeological value, yet the perception of it changes once the source of the piece is revealed. The process of appreciation of the beauty of an artefact turns into one of admiration of a formation of dirt – a product of pollution. Challenging the pre-established concepts of beauty is a recurrent interest I cultivate in my work.

The dirt used in this piece was originally found on a street in London. It is an incredibly fragile material, comparable to a peeled skin tissue or a wing of a butterfly. It comes from a specific place, yet it does not bear any recognizable signs of its primary location. Its distinctive shape resembles a map, or an outline of a continent, however it does not serve as cartography of a particular space. Instead, it simply creates an allusion to a location and can be treated as a dialectical landscape; the surface of the streets marked by dirt becomes an unconventional archive of the city.

The work also presents a personal dimension. The dirt forming this piece accompanied me on my travels around Europe. Now, that it is preserved, it relates to all those places at once and no one place in particular. It becomes an interesting, more personal and singular variation of a non-place. The space it represents, and at the same time creates, is deterritorialized. It becomes immobilized, and its original pluralistic distance becomes immeasurable. 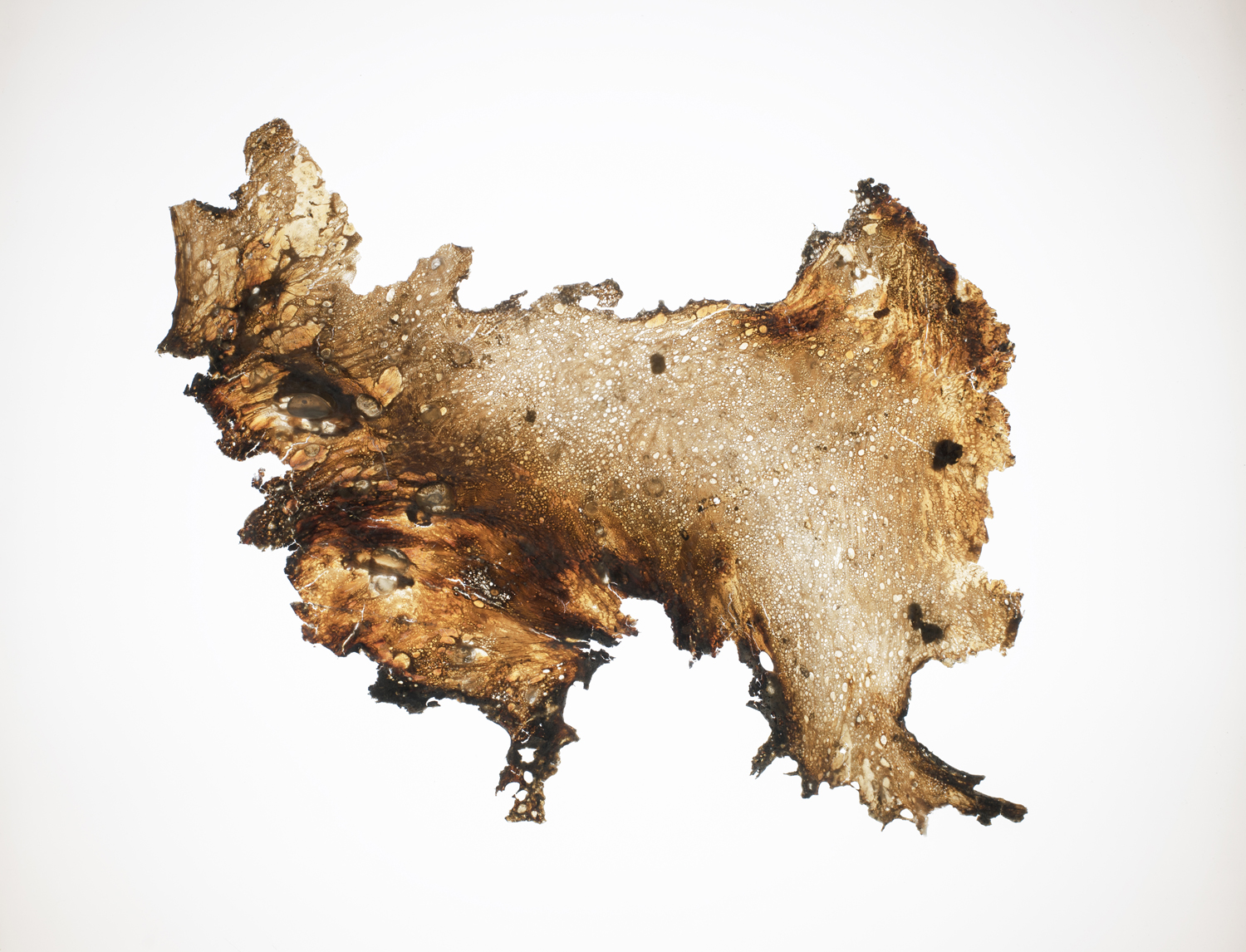