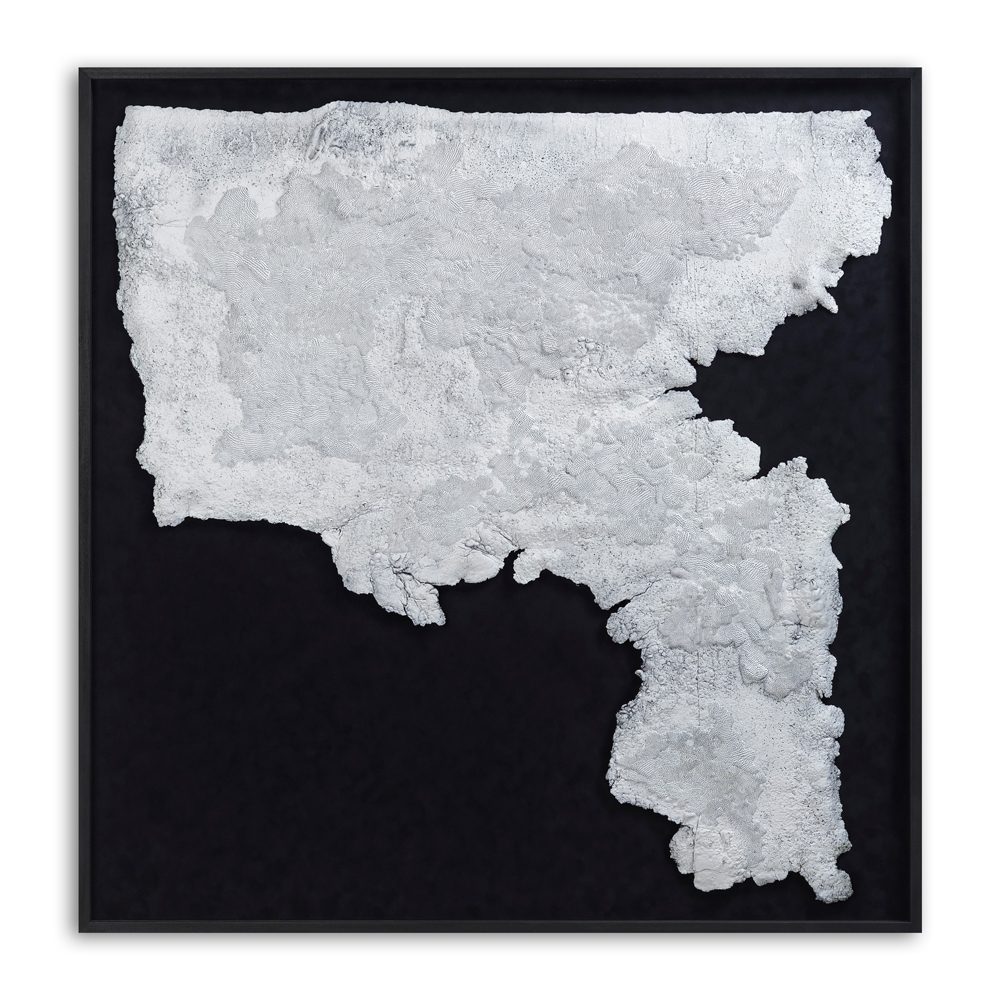 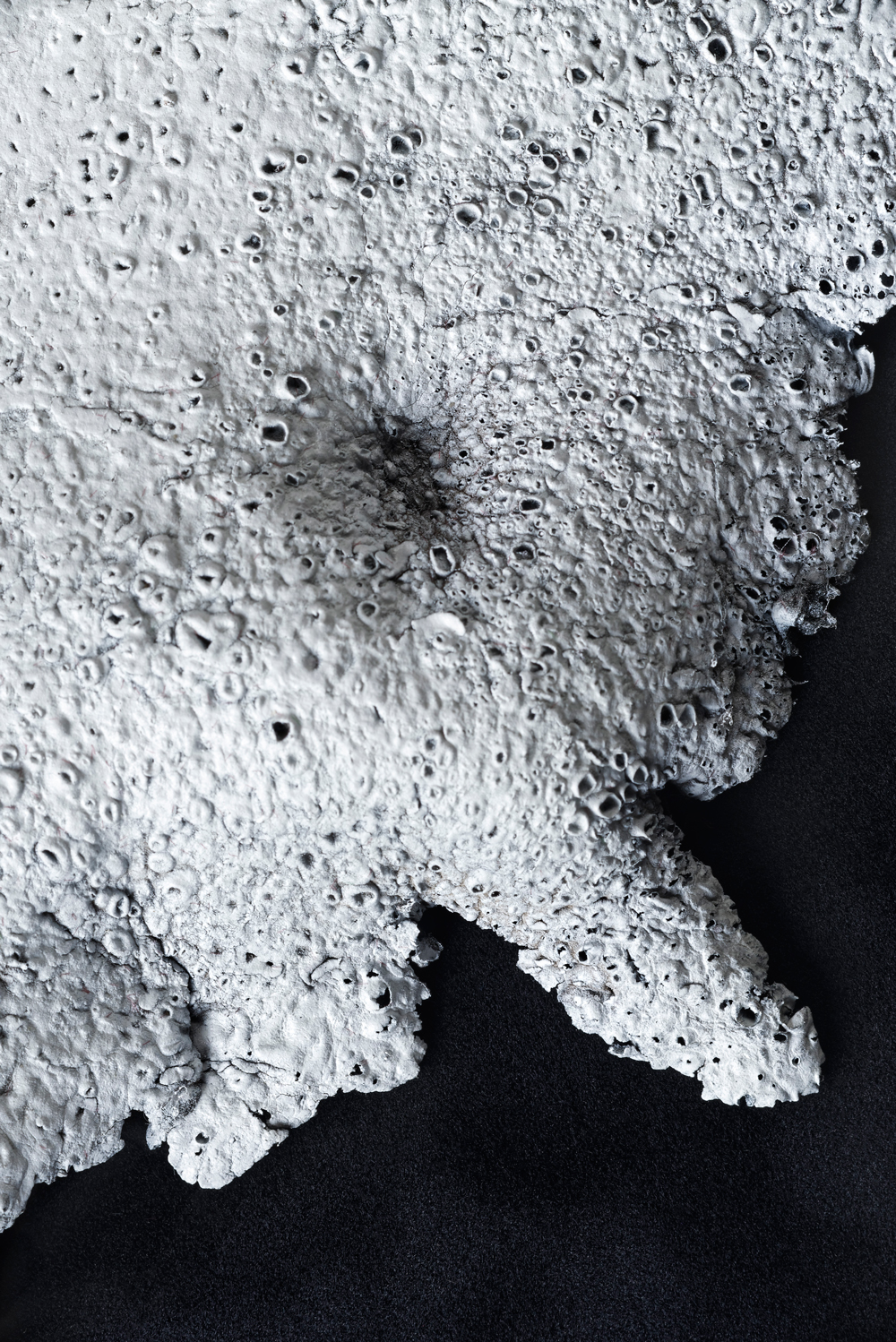 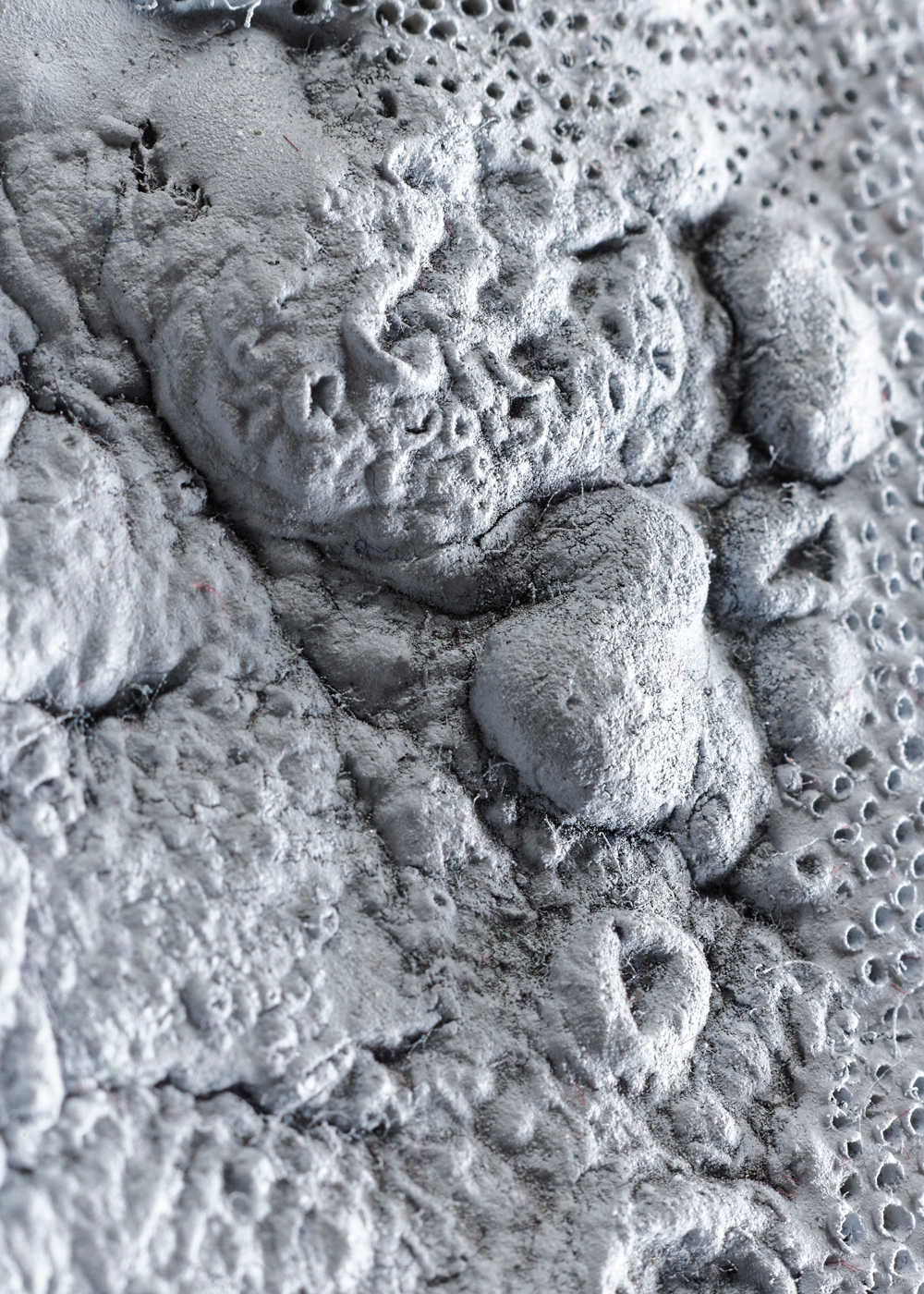 The piece interrogates the themes of identity of objects and the multifaceted nature of processual creative practice. It functions affectively on a spectrum of volume – at first it astounds with its scale, yet the more it draws in attention, the more distinct minute detail gets revealed.

The main driving force behind the piece is the blending of boundaries between the initial found object and the handcrafted wax layer. The technique used requires a continuous, uniquely detail-oriented and repetitive process, which becomes a constant meditative negotiation between following the spontaneous structure of the found object and imposing a new, carefully crafted layer upon it.

As a result, we witness an encounter between the natural force of fire and the Promethean drive to remaking the given. In this case, the particular process of making becomes meticulous needlework, positing typically feminized labour as a new site for Promethean ambitions. 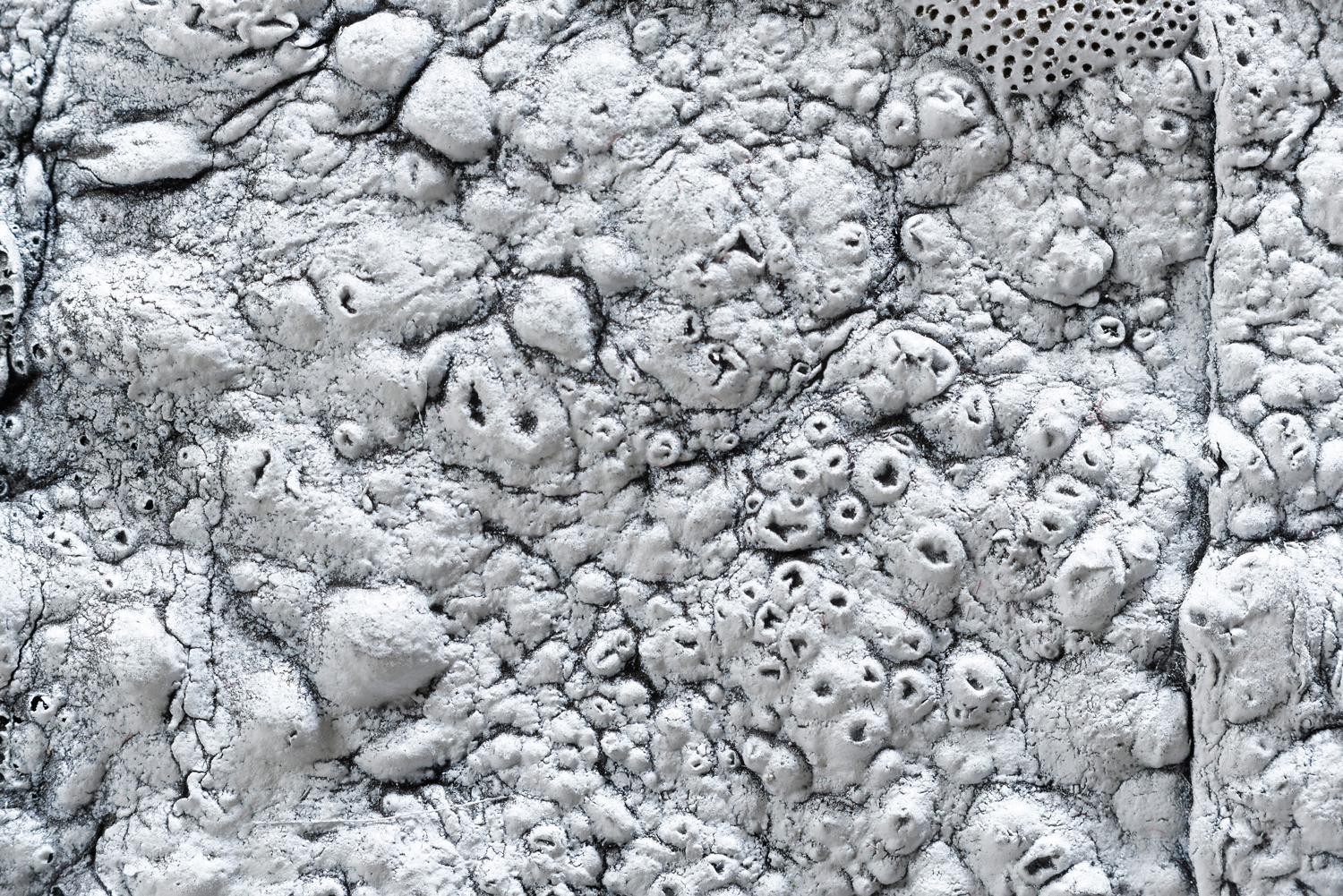 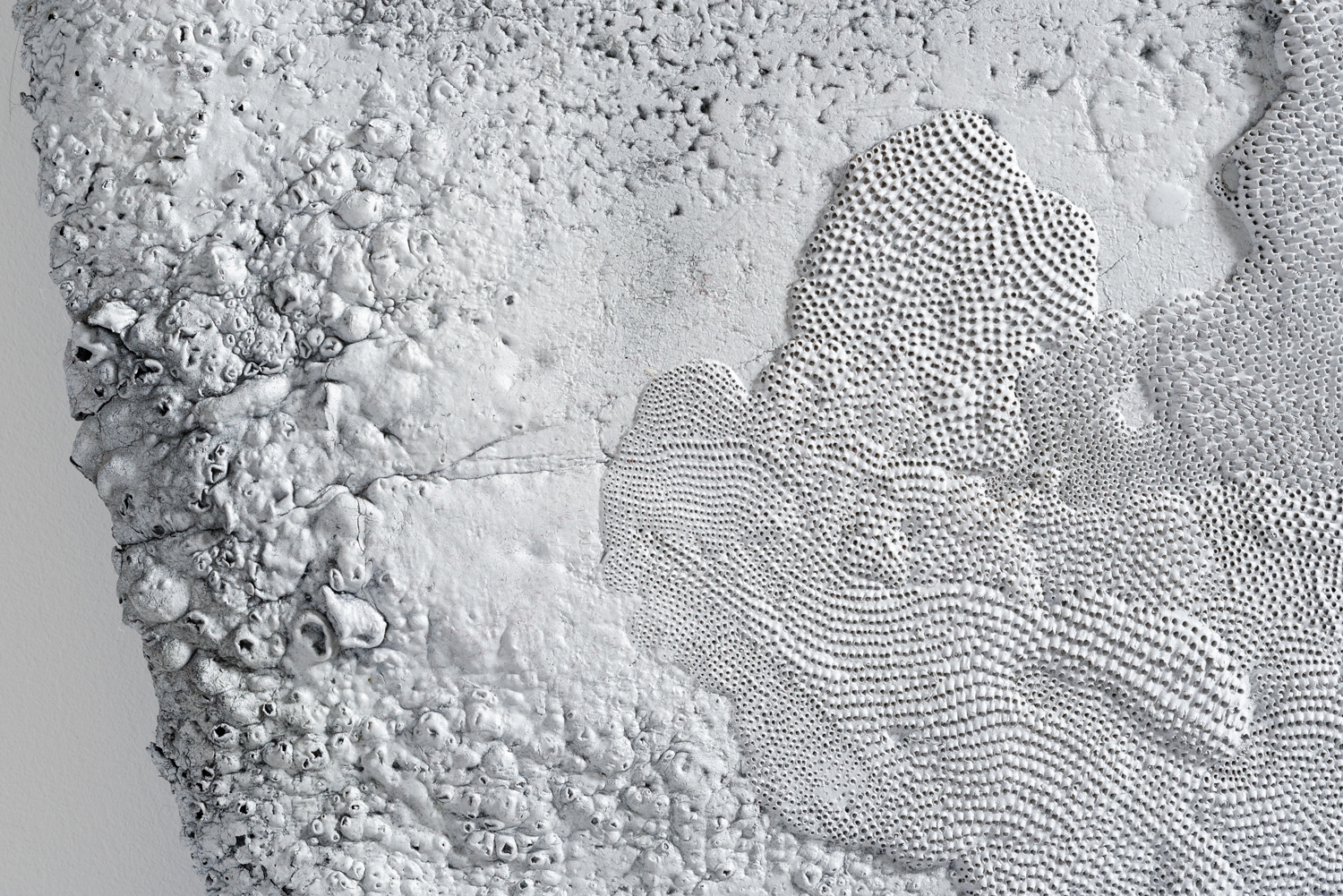 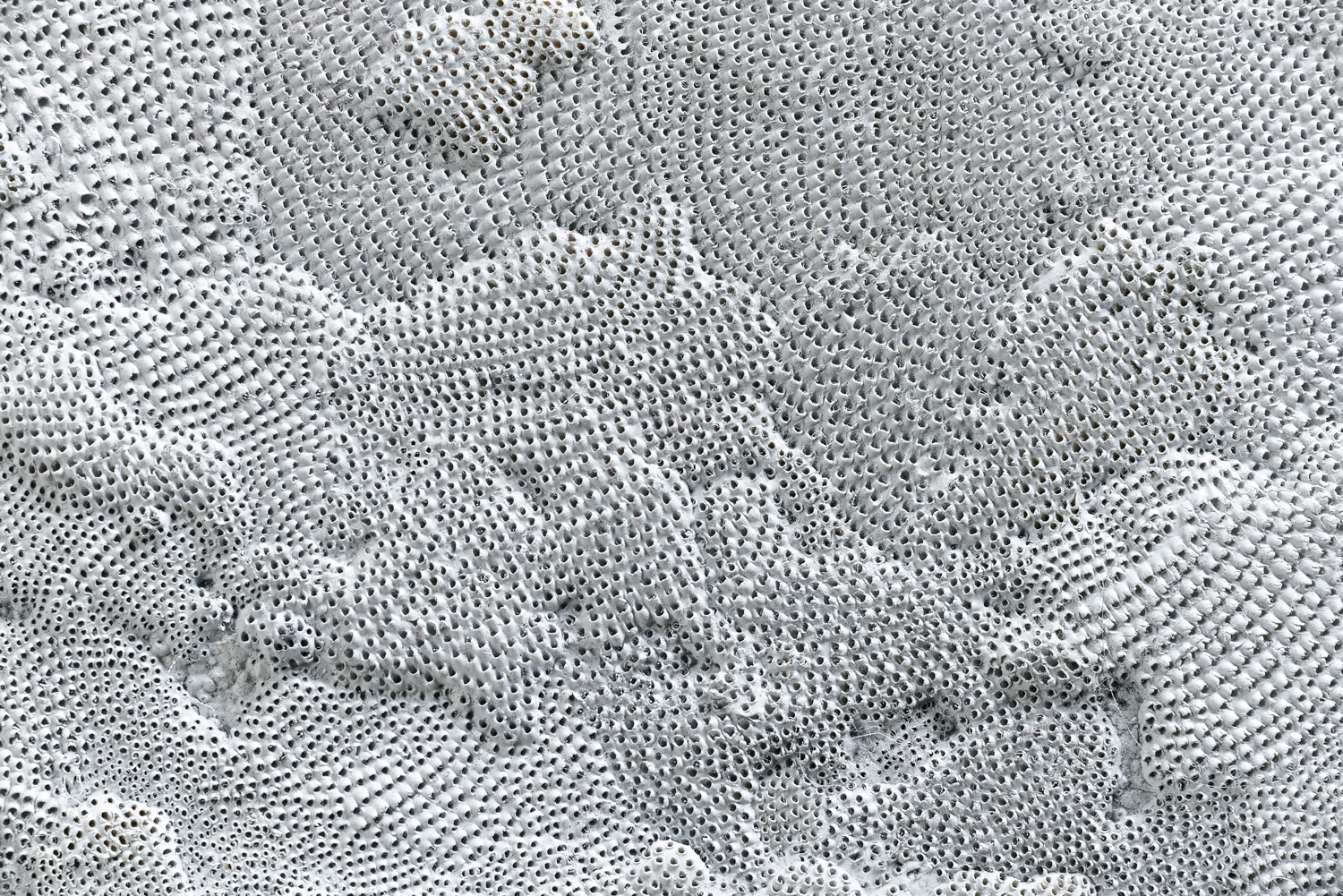