Soap between the fingers 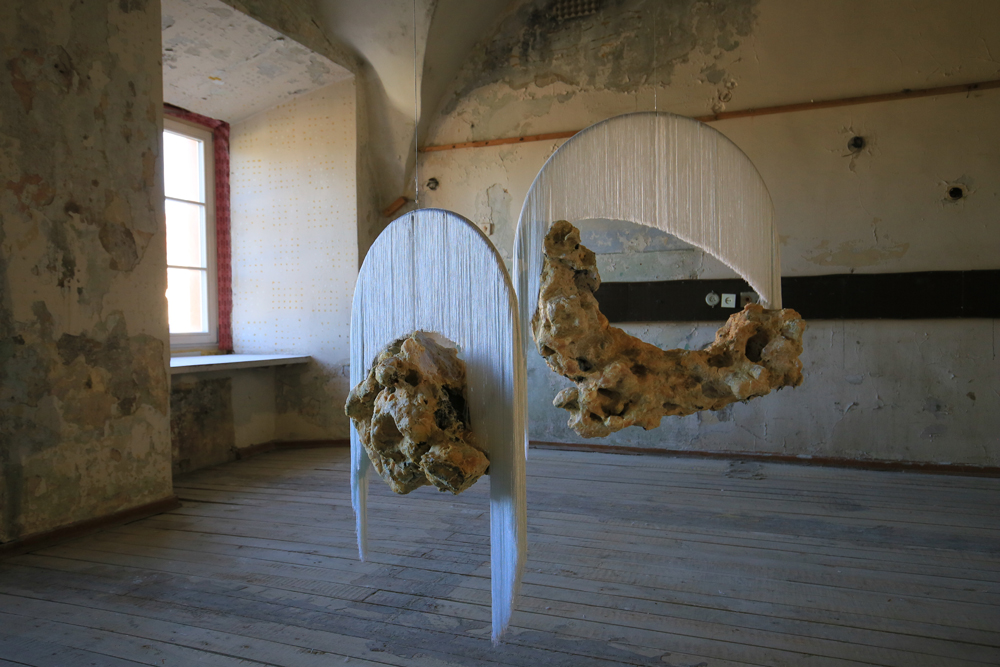 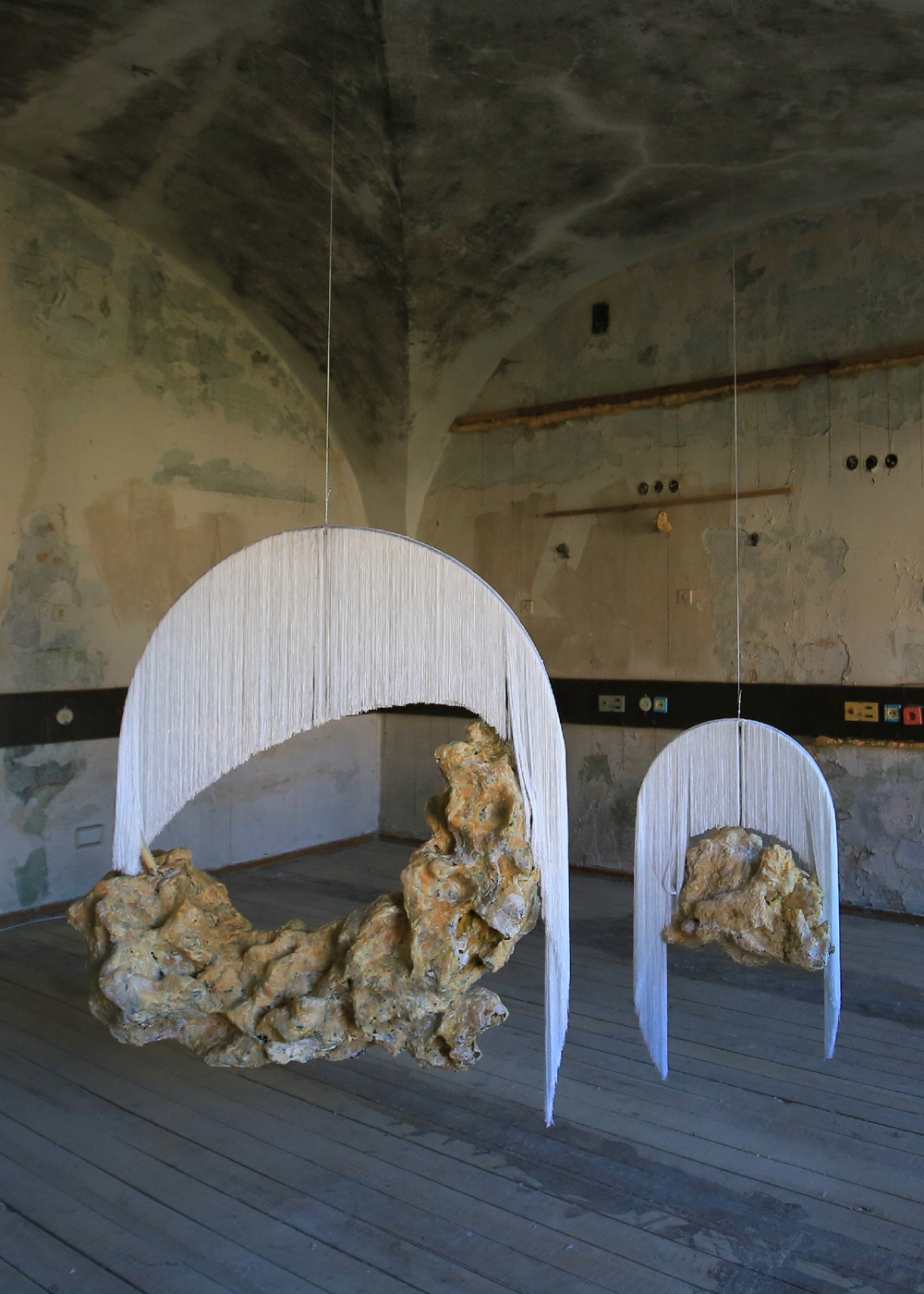 My work is based on the common social belief of biblical women, stating that personal things related to corporeality should be hidden, left only for intimate use, only for one’s eyes and not brought to the public. Similarly, lye soap* is generally not exhibited for guests to see – it is usually hidden in a closet or a pantry, reminiscent of an unattended heel surface, and is used only for household purposes. The use of soap evokes an association with a ritual of removing personal emotional dirt.

Thus, the main material of these works is lye soap. It was important to me to maintain its authentic and recognisable texture and scent. Recognition and association, identification are very important – each of us has or can remember having some kind of a personal relationship with this material. It is important to emphasise that this relationship is usually not based on romanticised nostalgia, as is often thought of when talking about the past. I wanted to touch on the topics of privacy and cleansing from dirt.

The symbolism of the ring is revealed in the shapes of the objects. Using this concept I sought to convey a hint to the themes of the marriage sacrament and an uninterrupted ritual, a repetitive action. After cleaning, the soap residue often remains between the ring and the finger. The shapes of hardened soap confront the white veil of fabric hanging from the top of the objects.

The impeccably white fabric can be interpreted as an impossible pursuit of perfection. Just as in an ordinary life, the action takes place indoors, inside of the ring.

*Lye soap is a homemade soap, which is typically made with animal fats and drippings, mixed with lye water and boiled. This type of soap is a multi purpose soap that can be used for many household purposes, such as washing clothes or curing poison ivy and mosquito bites.